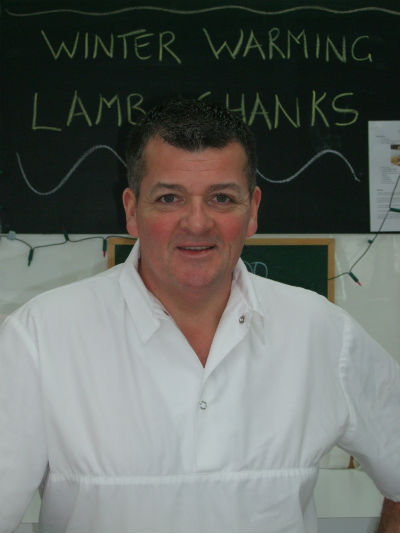 Doug was born in Tyldesley, a small town just out of Manchester, England. His father owned a small butcher shop with which he and his 3 brothers worked in. Doug started off scrubbing the Abattoir at about age 12 and butchering just after this until age 24. He then went to University of Salford in Manchester, where he studied Meat Inspection and Microbiology. He was a Meat Inspector to the UK Government before coming to NZ in 2006. After a 12 month stint of being a Meat Inspector locally and not being able to find a good sausage, Doug opened up his own Butchers Shop here in the sunny Bay of Plenty. Doug holds a Certificate of Meat Inspection in both the UK and New Zealand.

Dean started Butchering at the age of 16 and has previously worked for Cambrian Meats.
He comes to us from Westmere Butchery in Auckland after working there for 3 ½ years and brings
14 years of experience to us. If you’re stuck for meal ideas or how to prepare and cook your meat,
then Dean is the go-to person

Andy is a full time qualified butcher, coming to us from Pak’n’Save and has been butchering for over 35 years.

Call in today and say hi to our friendly team.